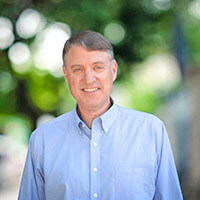 Some of the best companies start in unlikely places. There probably are not too many companies that conceptually originated in a tiny print shop in the Virgin Islands, but that is where our story began! For Eric Lerner, CEO & Founder of Action Plus Ideas, it was all about being in the right place at the right time.

After graduating from Wharton and getting a job as a financial analyst, Eric was searching for something that he was passionate about. In August of 1992, he took a cruise to the British Virgin Islands. While aboard a boat on the Caribbean Sea, he experienced a severe case of seasickness and was forced to stay on land for a few days to recover. He came across a small screen-printing shop while exploring St. Thomas. He went inside and met the owners, who were in their early twenties just like him. After getting a tour and seeing how it all worked, Eric was intrigued and wanted in. He spent the rest of his vacation selling shirts from the screen-printing company to tourists on the cruise ship docks. After learning the tricks of the trade from his new friends, he was inspired to start his own business back home in Charlotte, NC.

Printing t-shirts was a far cry from the careers that his fellow Wharton graduates had on Wall Street, but it gave Eric the opportunity to pursue his own version of the American dream. He started this new business venture working out of his apartment, selling printed shirts to schools and small businesses. Over the years, Action Plus Ideas has grown into a full-service promotional marketing company with hundreds of local and national accounts and is well known for exceptional customer service and high-quality branded products.